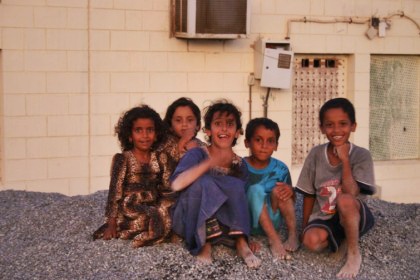 We live in the midst of historical changes of such pace and magnitude, that for the majority of people they are simply hard to grasp and relate to. Yet, however we name these changes for ourselves, I believe they are pointing us toward the emergence of spiritual justice in the context of a shrinking world, in which there is less and less of an opportunity to hide and deny the consequences of our choices.

Throughout the 20th century, we have seen a steady, albeit messy and painstaking process of tearing the veils of injustice on every level of human life. Patriarchal attitudes, gender oppression, racial oppression, rationalized domination and violence, the betrayal and destruction of war, greed and corruption in governance, the abuse of the very Earth that sustains us, all these forms of injustice have been increasingly revealed in the public eye. Yet, despite the growing knowledge and understanding of these realities, they still continue. As thousands of non-governmental organizations all over the world are working both locally and at the level of the United Nations to transform these levels of injustice, we, as individuals and professions, stand at a crossroad. In the words of award-winning international psychologist Tony Marsella,

Human survival and wellbeing is now embedded in a complex and interdependent web of economic, political, social, technical, and environmental events, forces, and changes. The scale, complexity, and consequence of these events, forces, and changes constitute an important challenge to our individual and collective wellbeing by confronting us with an array of complex, conflicting, and confusing demands and/or opportunities. Our response to this challenge – as individuals and as societies – will shape the nature, quality and meaning of our lives in the coming century.

What has deeply interested me as an educator, psychologist, and a woman, is the level at which we respond in seeking to establish justice.

There is wonderful work being done towards greater social and political justice in the world; efforts to protect democratic principles, autonomy, human rights; efforts to end discrimination on every level. There is equally important work being done towards economic and material justice, efforts to re-distribute resources, to overcome poverty, deprivation, and disease in socially-vulnerable populations all over the world. Then there is the work for environmental justice that is gathering momentum all over the planet, efforts to break down unsustainable habits of living and mindsets, and to educate toward sustainable use of resources on a shared and interdependent planet. There are also the efforts toward scientific justice, efforts to break down the domination of narrowly-understood empirical science over the domain of human knowledge and understanding.

The question that has emerged for me through my engagement with efforts towards all these levels of justice, is what underlies them all? I have been reflecting on the nature of spiritual justice, one that honors the reality of spirit in our lives, as it reflects on every level of our engagement with life. I keep pondering the fact that it is the lack of spiritual justice, a recognition of the nature and role of spirit in our lives, that continues to account for both structural, and inter- and intrapersonal injustice and violence.